What is a head injury?

Head injuries are one of the most common causes of disability and death in adults. The injury can be as mild as a bump, bruise (contusion), or cut on the head, or can be moderate to severe in nature due to a concussion, deep cut or open wound, fractured skull bone(s), or from internal bleeding and damage to the brain.

A head injury is a broad term that describes a vast array of injuries that occur to the scalp, skull, brain, and underlying tissue and blood vessels in the head. Head injuries are also commonly referred to as brain injury, or traumatic brain injury (TBI), depending on the extent of the head trauma.

Head injuries are rising dramatically–about 1.7 million people have a TBI each year. Millions of Americans are alive today who have had a head injury and now need help with the activities of daily living, costing the country more than $56 billion per year.

What are the different types of head injury?

The following are some of the different types of head injuries:

What causes a head injury?

There are many causes of head injury in children and adults. The most common traumatic injuries are from motor vehicle accidents (automobiles, motorcycles, or struck as a pedestrian), from violence, from falls, or as a result of child abuse. Subdural hematomas and brain hemorrhages (called intraparenchymal hemorrhages) can sometimes happen spontaneously.

What causes bruising and internal damage to the brain?

When there is a direct blow to the head, shaking of the child (as seen in many cases of child abuse), or a whiplash-type injury (as seen in motor vehicle accidents), the bruising of the brain and the damage to the internal tissue and blood vessels is due to a mechanism called coup-countrecoup. A bruise directly related to trauma, at the site of impact, is called a coup (pronounced COO) lesion. As the brain jolts backwards, it can hit the skull on the opposite side and cause a bruise called a countrecoup lesion. The jarring of the brain against the sides of the skull can cause shearing (tearing) of the internal lining, tissues, and blood vessels that may cause internal bleeding, bruising, or swelling of the brain.

What are the symptoms of a head injury?

The person may have varying degrees of symptoms associated with the severity of the head injury. The following are the most common symptoms of a head injury. However, each individual may experience symptoms differently. Symptoms may include:

The symptoms of a head injury may resemble other problems or medical conditions. Always consult your doctor for a diagnosis.

How are head injuries diagnosed?

The full extent of the problem may not be completely understood immediately after the injury, but may be revealed with a comprehensive medical evaluation and diagnostic testing. The diagnosis of a head injury is made with a physical examination and diagnostic tests. During the examination, the doctor obtains a complete medical history of the patient and family and asks how the injury occurred. Trauma to the head can cause neurological problems and may require further medical follow up.

Diagnostic tests may include:

Treatment of a head injury

Specific treatment of a head injury will be determined by your doctor based on:

Depending on the severity of the injury, treatment may include:

Treatment is individualized, depending on the extent of the condition and the presence of other injuries. If the patient has a severe head injury, he or she may require monitoring for increased intracranial pressure (pressure inside the skull). Head injury may cause the brain to swell. Since the brain is covered by the skull, there is only a small amount of room for it to swell. This causes pressure inside the skull to increase, which can lead to brain damage.

How is ICP monitored?

Intracranial pressure is measured in two ways. One way is to place a small hollow tube (catheter) into the fluid-filled space in the brain (ventricle). Other times, a small, hollow device (bolt) is placed through the skull into the space just between the skull and the brain. Both devices are inserted by the doctor either in the intensive care unit (ICU) or in the operating room. The ICP device is then attached to a monitor that gives a constant reading of the pressure inside the skull. If the pressure goes up, it can be treated right away. While the ICP device is in place the patient will be given medication to stay comfortable. When the swelling has gone down and there is little chance of more swelling, the device will be removed.

Lifelong considerations for a person with a head injury

The key is to promote a safe environment for children and adults and to prevent head injuries from occurring in the first place. The use of seat belts when riding in the car and helmets (when worn properly) for activities, such as bicycle riding, in-line skating, and skateboarding may protect the head from sustaining severe injuries.

Persons who suffer a severe brain injury may lose muscle strength, fine motor skills, speech, vision, hearing, or taste function, depending on the brain region involved and the severity of brain damage. Long- or short-term changes in personality or behavior may also occur. These persons require long-term medical and rehabilitative (physical, occupational, or speech therapy) management.

The extent of the person’s recovery depends on the type of brain injury and other medical problems that may be present. It is important to focus on maximizing the person’s capabilities at home and in the community. Positive reinforcement will encourage the patient to strengthen his/her self-esteem and promote independence. 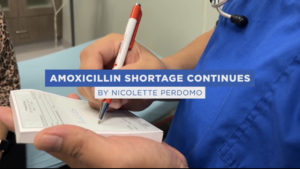 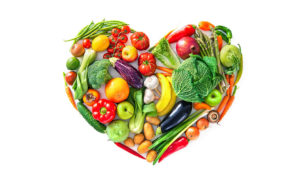 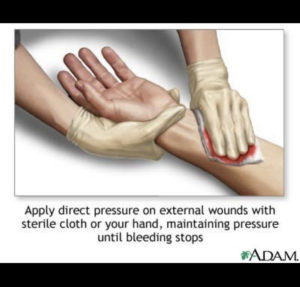 Read More »
PrevPreviousWhat Is Causing the Pain in Your Chest?
NextSymptoms of anemiaNext